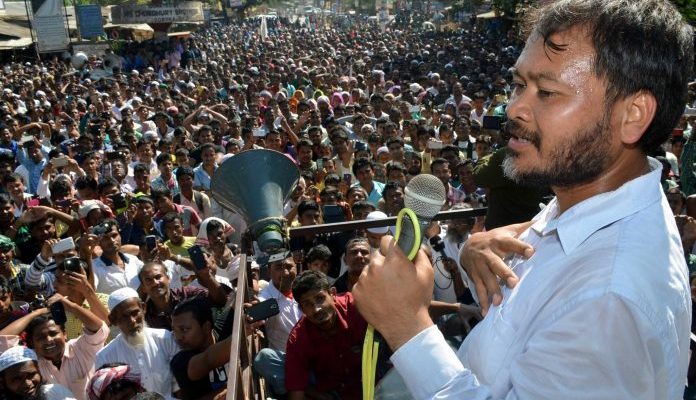 The Gauhati High Court on Tuesday upheld peasant leader and Raijor Dal President Akhil Gogoi’s bail in connection with a case of rioting during the Citizenship Amendment Act CAA Protest in 2019.

The NIA challenged the bail granted to Gogoi by the special court in connection to the case initially registered against him at Chabua police station in the district of Dibrugarh in December 2019 under various sections of IPC. Later sections 15(1) (a)/16 of UAPA were added to it and this was followed by the transfer of the case to the NIA and a charge sheet was filed in June 2020.

The Gauhati High Court held that the NIA was correct about granting bail to the peasant leader and further dismissed the plea challenging the bail.

In a significant ruling, the bench comprising of Justices Suman Shyam and Mir Alfaz Ali noted that to attract the offenses punishable under the draconian Unlawful Activities (Prevention) Act (UAPA), the crime must be a terrorist act and must reflect the intent to threaten India’s sovereignty, integrity, unity, etc sufficiently, reported Live Law.

The court further highlighted that the dominant intention of the wrong doer must be to commit a ‘terrorist act’ coming within the ambit of Section 15(1) of the Act.

“Unlawful act of any other nature, including acts arson and violence aimed at creating civil disturbance and law and order problems, which may be punishable under the ordinary law, would not come within the purview of section 15 (1) of the Act of 1976 unless it is committed with the requisite intention,” the order read.